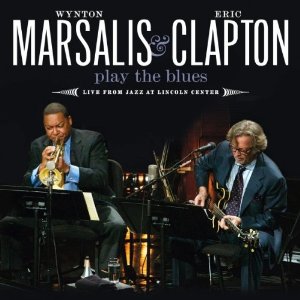 Music superstars Eric Clapton and Wynton Marsalis got together last April for a concert at the Rose Theater at Lincoln Center in New York City. The concert featured songs hand-picked by Eric Clapton, then arranged by Marsalis, and included highlights such as a guest appearance by Taj Mahal.

While the concert will be released on September 13th on a CD/DVD combo pack (Warner Brothers, CLICK HERE TO BUY), there is an even better opportunity to hear this show for those of us who weren’t able to make the cross country trip to see the show live.

On September 7th, the concert will be shown at over 550 movie theaters at 7:30 PM local time. This is a one-night only opportunity, and while there is no substitute for being at a live concert, top quality movie theater video and audio is certain to be a second best (especially when you compare it to my car stereo system).

In the Puget Sound area, the show is playing at the following theaters: