“Nicholas (Payton) is a force to be reckoned with. The most powerful thing he can do is just keep playing that horn.” – Bobby Watson from an article in the Kansas City Star 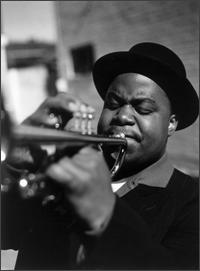 I’ve had a pretty difficult week as a writer. I’ve been pulling my hair out trying to figure out not only how to respond to trumpeter Nicholas Payton’s blog post On Why Jazz Isn’t Cool Anymore, and the primary reason is because I honestly can’t come up with a concluding thought on the issue in the slightest.

Well, that isn’t entirely true. I have a few thoughts, but I have yet to figure out if Payton is right, wrong, both, neither, or anything in between.

While I invite you to read Payton’s post (at your own risk, as some of the language could be considered controversial), my best effort to summarize it by saying that Payton suggests that the word “jazz” is racist (he mentions that here, among other places), that jazz died in 1959, and “Jazz is a marketing ploy that serves an elite few. The elite make all the money while they tell the true artists it’s cool to be broke.”

Since then, Payton has decided to take a 90-day sabbatical from using the word jazz. And he isn’t the only musician with similar opinions. Payton recently moderated a discussion held at Birdland in New York (which is ironic, since Birdland is called “the jazz corner of the world”), with musicians Gary Bartz, Marcus Strickland, Ben Wolfe, Orrin Evans, and Touré. In a review of the evening from an article in the villagevoice.com, a few quotes were shared:

Nicholas Payton: “If we look back, [jazz] was a white characterization of black music, and there was a blackface version of the serious black art of guys like King Oliver, Louis Armstrong, Freddie Keppard, Louis Armstrong.”

“Louis Armstrong was the world’s first pop star. He was the Michael Jackson of his time.”

“Kind of Blue is the record that we all have to vie against for attention. If our records do well, we’ll be at No. 1 for a while, and here comes the ghost of Kind of Blue coming to kill us. We need to separate from that. Miles was not in support of this.”

Gary Bartz: “Max Roach would have a fistfight for calling it [jazz]. It’s insulting, it’s like calling it the N-Word… because there’s an image. You say, “He’s a j-musician” and people see an image: Drugs, no money…”

There have been some thoughtful reactions in blogs from the likes of Marc Rosenfeld Antunes, Nate Chinen, and Ian Carey. And yesterday, the Kansas City Star posted an article featuring thoughts from a variety of musicians who have interacted directly with Payton, who expressed surprise at Payton’s tone, but supported him in ways as well.

“I think he is very divisive with his comments. Even though I believe he means well for the music and all who play it, his stance, which he’s completely entitled to, comes across as very angry.” – Clint Ashlock, trumpeter, composer, bandleader and educator, from an article in the Kansas City Star

Even during the time I’ve spent composing this post, my opinions seem to change and continue to develop. What I can say is that Nicholas Payton is an extremely intelligent person, and an extraodinary trumpet player. I appreciate and respect his passion and dedication to the issue. I wish Nicholas Payton the best of luck with his campaign.

What I also feel is that the average person who listens to music is far less concerned about the cause and politics, and more concerned about, well, whether or not they simply like how it sounds. Does it make them smile, or cry, or dance, or think? Does it make them think about a particular person, place, or event that took place in their own life? Does it tug at the heartstrings or ignite some energy? Does it entertain?

That is not to say that what Payton is talking about is not important. In fact, I think it is. But my gut tells me that the simple fact of whether or not a listener likes the music or not will always outweigh whatever label or genre might be given to it.

Create a giant music store where CD’s are all filed alphabetically, with no designation to genre at all, for all I care. I am still going to find Payton’s Place, Gumbo Nouveau, nick@night, and Into the Blue (all Payton albums I purchased and highly recommend), just as I would find other albums that I have added to my collection by the likes of Fleetwood Mac, Notorious B.I.G., Van Cliburn, Al Green, Jewel, Michael Brecker, and Outkast. Why? Simple. I liked the music.

I’m reminded of a quote from Art Blakey from an interview conducted by Ben Sidran:

“Music is supposed to wash away the dust of everyday life. So they’re (the audience) is supposed to come in and enjoy themselves. So if they start feeling like they need to be educated, then it’s not interesting any more.”

It is that quote that makes me think perhaps Bobby Watson was right in the quote at the very top of this post. Nicholas Payton is in fact a force, and his most powerful weapon is his trumpet.