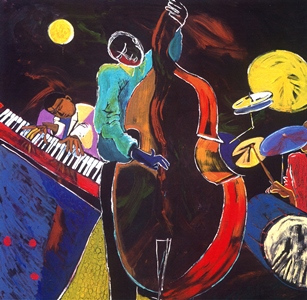 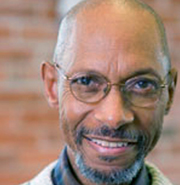 Folk/Rock singer, songwriter and guitarist Richie Havens reportedly passed away today at the age of 72. Havens was perhaps best known for his three-hour opening set at the Woodstock Festival in 1969.

Over the course of his career, Havens recorded 21 studio albums and toured for nearly 45 years, until last year when he was sidelined with complications from kidney surgery.

While not someone who would be classified as a jazz musician, Havens was the first musician I ever saw at Jazz Alley in Seattle (prom night, 1997). He closed with a solo version of his famed “Freedom (Motherless Child)”, a performance I will not soon forget.

The announcement from Havens’ representatives, The Roots Agency:

Richie Havens was gifted with one of the most recognizable voices in popular music. His fiery, poignant, soulful singing style has remained unique and ageless since his historic appearance at Woodstock in 1969. For four decades, Havens used his music to convey passionate messages of brotherhood and personal freedom. Billboard Magazine writes, “This acoustic soul giant truly seems to be getting more inspiring and graceful with age.” From Woodstock to The Isle of Wight to Glastonbury to the Fillmore Auditorium to Royal Albert Hall to Carnegie Hall, Richie played the most legendary music festivals that ever were, and most of the world’s greatest concert venues. But even when performing in a Greenwich Village coffeehouse or a small club or regional theater, he was eternally grateful that people in any number turned up each time to hear him sing. More than anything, he feels incredibly blessed to have met so many of you along the way.

“Jazz is really about the human experience. It’s about the ability of human beings to take the worst of circumstances and struggles and turn it into something creative and constructive. That’s something that’s built into the fiber of every human being. And I think that’s why people can respond to it. They feel the freedom in it. And the attributes of jazz are also admirable. It’s about dialogue. It’s about sharing. And teamwork. It’s in the moment, and it’s nonjudgmental.” – Herbie Hancock

In November 2011, the United Nations Educational, Scientific and Cultural Organization (UNESCO) officially designated April 30 as International Jazz Day in order to highlight jazz and its diplomatic role of uniting people in all corners of the globe. International Jazz Day is chaired and led by Irina Bokova, UNESCO Director General, and legendary jazz pianist and composer Herbie Hancock, who serves as a UNESCO Ambassador for Intercultural Dialogue and Chairman of the Thelonious Monk Institute of Jazz. The Institute is the lead nonprofit organization charged with planning, promoting and producing this annual celebration, which began in 2012.

International Jazz Day brings together communities, schools, artists, historians, academics, and jazz enthusiasts all over the world to celebrate and learn about jazz and its roots, future and impact; raise awareness of the need for intercultural dialogue and mutual understanding; and reinforce international cooperation and communication. Each year on April 30, this international art form is recognized for promoting peace, dialogue among cultures, diversity, and respect for human rights and human dignity, eradicating discrimination, promoting freedom of expression, fostering gender equality, and reinforcing the role of youth for social change. International Jazz Day is the culmination of Jazz Appreciation Month which draws public attention to jazz and its extraordinary heritage in April.

Istanbul, Turkey has been named the 2013 Global Host City for International Jazz Day. The city will host a daylong series of jazz events including workshops and seminars, panels and roundtable discussions, film screenings, student master classes led by prominent musicians and educators, and a major evening performance that will be broadcast on public television stations worldwide. The Institute and UNESCO will continue their partnership to encourage schools, universities, libraries, arts organizations, community centers and other entities in UNESCO’s 195 member states to host jazz concerts and educational programs on International Jazz Day in order to reach people of all ages and backgrounds.

You can watch a Live Webcast of the International Jazz Day Global Concert, from Istanbul, Turkey on YouTube. The Webcast begins at 9pm (Istanbul) / 7pm (London) / 2pm (New York) / 4am (Sydney – May 1st).

Below is the video of the concert from last year.