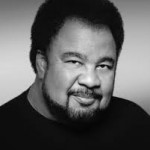 Duke’s career spanned five decades and he always straddled the line between disparate genres, collaborating with artists such as Miles Davis, Barry Manilow, Frank Zappa, George Clinton and some of Brazil’s top musicians.

How do trumpet players traditionally greet each other? “Hi. Nice to meet you. I’m better than you.”

A good friend of mine recently reopened a wonderful little spot in Tacoma, complete with tasty craft cocktails and a wonderful food menu that matches nicely with each featured drink. I decided last Sunday that I would go pay her a visit.

It was relatively late, and the evening crowd had died down to just a customer or two, and the friend I went to see had actually taken the day off. As it turned out, the head chef, who also happens to be a friend, was sitting at the bar and I decided to join him.

It was a beautiful, warm summer night. I ordered a glass of Bastille 1789 Whisky over ice, and we sat and listened to a cover of the Dave Brubeck Quartet’s Take Five (which is titled The Russians are Coming) done by Jamaican reggae saxophonist Val Bennett that was playing over the sound system. It was a perfect setting to talk about music, and that is exactly what happened for the next several hours.

Here is the catch: Riley (the chef), was  highly trained at multiple conservatories as a classical trumpeter. I attended and played trumpet at one of the best jazz schools in the country. That might not seem all that interesting, but the reality of the joke that I started the blog post off with is something that many trumpet players find true, even in the most casual and friendly of settings and conversations.

The earliest settings for a young trumpet player, be it a concert band or a jazz big band,  are designed to create competition. No matter how young, there are auditions, and musicians are encouraged to challenge each other for their chair. The best gets to play the solo, the rest of the section gets to sit there and watch. Who can play higher? Who can play faster? Who has the best tone?

Riley and I get along magnificently, and this conversation was no exception. We have had so many conversations about other things during the course of our relationship that it had almost escaped both of our minds that the other person had a legitimate musical background.

As I mentioned earlier, Riley focused primarily on classical, while I focused on jazz. Riley, as he explained, was known for a beautiful tone and his ability to incorporate personal creativity to his classical performances. I, at one point, had great range, which I eventually gave less attention to in order to become a better improviser.

At the end of the day, Riley is and was a better trumpet player and overall musician than I am, and we probably both know it. But there are rules to being a trumpet player. And once you and a fellow trumpeter start talking horn, the inevitable “trumpet measuring contest” proceeds, even in the most friendly of settings.

One of us would mention a venue we had been to or played at. The other one “out-venued” that first venue. There was the inevitable comparison of horns that we had used. We compared our experiences with Wynton Marsalis. There were several causal “You know who trumpeter John Doe or composer Jane Doe is, don’t you? Oh, you don’t, well let me tell you why you should.”

Through all of this, the conversation was interesting, friendly, and in good nature. There was not a malicious or derogatory word or tone included, and we were never tired of what the other person was saying. But just like a “friendly game of tennis”, it is instinctual,  if it is not intentional, that both players show off their chops.

There is always one easy, yet often uncomfortable way to end a conversation where trumpet players are talking trumpet: compare embouchure changes. An embouchure change is when a trumpet player changes the way the mouthpiece sits on his or her lips in an effort to improve tone, range or some other sound related element. It is rarely easy, takes a considerable amount of time, and is almost always frustrating. When this topic came up between Riley and I, you could see the life slowly leave our faces, as we were reminded of more painful times in our trumpet career. There was no need to continue our trumpet conversation after that, no more need to compete, and we both knew it without saying another word. We sat in silence for a minute or two, until one of us brought up bad horror movies that the other should see.

Since the first draft of this post, I made sure to ask Riley if it was OK to use his name and our discussion in this post. I informed him that I was using a trumpet player joke at the top of the post. He replied with “Oh man, I’ve got a ton of trumpet player jokes if you want to use one of mine.” 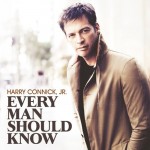 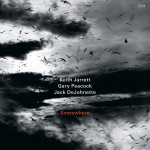 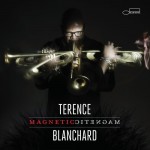 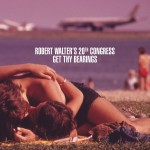 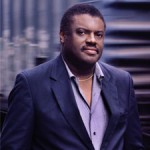 Jazz musicians and fans have been sending out their thoughts and prayers via Facebook and Twitter following the news that pianist Mulgrew Miller suffered a serious stroke yesterday. Details are somewhat limited but it is reported that Miller is currently in intensive care.

Miller, who has been called a protege of Oscar Peterson, suffered a stroke back in 2011 and made a full recovery. Musicians such as Terence Blanchard, Geoff Keezer, and Charlie Haden have been sending out well-wishes on Twitter.