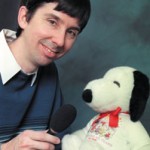 Hopefully these lists will inspire you to seek some of these albums out that perhaps you haven’t heard before, or revisit an old favorite. And as always, we want your thoughts on any or all of these albums. Let’s get started with this week, and in no particular order, albums 871 through 880. 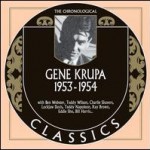 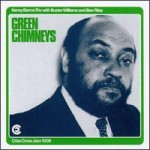 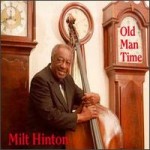 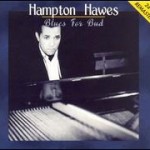 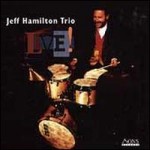 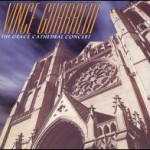 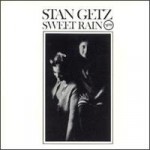 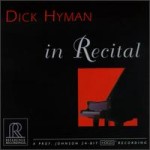 As we all know, no matter what genre of music you prefer, there is no shortage of Christmas music to listen to each year. In some extreme cases, these songs start getting radio spins as early as October. Jazz is no exception, with the new Michael Buble Christmas CD hitting the shelves this year October 24th.

But what about Thanksgiving jazz? Perhaps some of these aren’t necessarily “Thanksgiving specific,” but are a few tracks to rotate while having that second (or third or fourth) helping.

1. The Thanksgiving Theme by The Vince Guaraldi Trio

To many, Vince Guaraldi is best known as the man behind the music of the Charlie Brown television specials, with A Charlie Brown Christmas being the most popular. But Charlie did Thanksgiving too, and Guaraldi was there with his trio to provide the soundtrack for that special too.
2. Thanksgiving by Charles Earland

From the album Stomp!, which was recorded only six months before organist Charles Earland passed away, the tune Thanksgiving offers you some energy after the Tryptophan from the turkey has started to put you to sleep.

3. The Gravy Waltz by Bill Henderson

What would a Thanksgiving dinner be without gravy? Vocalist Bill Henderson teams up with the Oscar Peterson Trio, eagerly anticipating the big meal via the smell from the kitchen.

Dizzy gets the band all wound up in this one and makes it clear that he doesn’t discriminate which meat he and “Pete” will eat, as long as there is more of it. A nice trumpet solo, a little bit of scatting … the full meal in this song.

5. All That Meat and No Potatoes by Louis Armstrong

You have to have potatoes for Thanksgiving, and Pops explains all of this in his version of the Fats Waller composition.

As holiday traditions vary, I still make it a point each year to watch A Charlie Brown Christmas on television. If not by choice, then by the demand of my sister.

I truthfully can’t remember a Christmas that didn’t include the viewing of that program. With the exception of perhaps Linus’ spotlight monologue, or the realization that “it wasn’t such a bad little tree after all”, the music, composed and performed by Vince Guaraldi has always been the most memorable aspect of the program, even before I had any appreciation for jazz.

The music is heard throughout the program, be it during a hypnotic Peanuts dance session, an afternoon ice skating while Pig Pen dusts up the ice, or simply while Charlie Brown is walking down the street deep in thought. The music would remain my winter soundtrack as a child. While walking down the street on a quiet snowy afternoon to a pickup football game, I would be hearing in my head or humming would be Linus and Lucy, as opposed to the overplayed Kenny G covers.

It was not simply that the music was tied to winter or the holidays that made it enjoyable. It was the fact that Vince Guaraldi simply knew how to make the music fun, enjoyable, and memorable, similar to his personality. He was often called “Pixie”, which he would not discourage, and would be known to wear funny hats, mustaches, and haircuts. He is quoted as saying that he never thought of himself as a great pianist, but wanted to be liked, play pretty music, and reach the audience.

After becoming a more serious student of jazz, the fact that the music of Guaraldi was fun and that he was most famous for his work with Charles Schulz on Peanuts features didn’t detract from his legitimate contribution to the jazz world. Jazz didn’t and doesn’t always have to be serious or complex, and Guaraldi did well by, if nothing else, making his performances enjoyable.

As the snow begins to fall here in the Pacific Northwest, catching a snowflake on your tongue and agreeing that it does in fact need sugar, seems incomplete without the soundtrack to A Charlie Brown Christmas playing in the background.

Watch a portion of A Charlie Brown Christmas featuring music by Vince Guaraldi: