Hopefully these lists will inspire you to seek some of these albums out that perhaps you haven’t heard before, or revisit an old favorite. And as always, we want your thoughts on any or all of these albums. Let’s get started with this week, and in no particular order, albums 901 through 910. 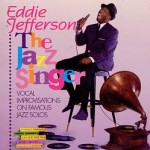 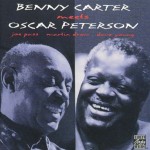 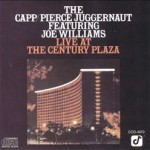 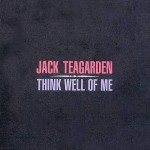 In the Land of Hi-Fi – Dinah Washington (Polygram Records, 1956) CLICK HERE TO BUY 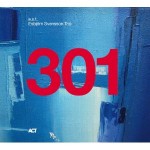 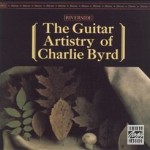 Hopefully these lists will inspire you to seek some of these albums out that perhaps you haven’t heard before, or revisit an old favorite. And as always, we want your thoughts on any or all of these albums. Let’s get started with this week, and in no particular order, albums 841 through 850. 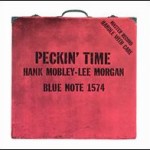 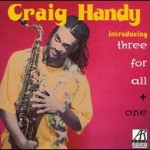 Introducing Three for All & One – Craig Handy (Arabesque, 1993) CLICK HERE TO BUY 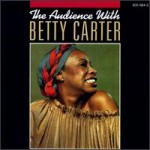 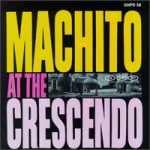 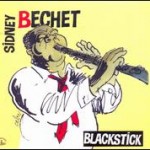 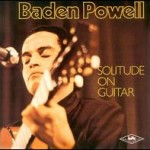 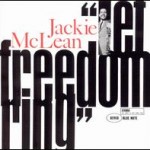 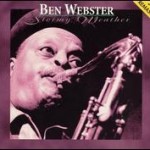 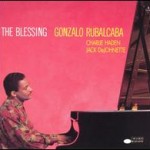 I recently came across a handful of stories written by cornetist and radio host Jim Cullum Jr. I found this story particularly interesting. Enjoy!

Jack Teagarden, The Flood And The Riverwalk

In 1921, jazz was so new. Unknowns Jelly Roll Morton and Louis Armstrong were still in New Orleans. King Oliver was still in the process of forming his great Creole Jazz Band. Bix Beiderbecke had dropped out of school and was struggling to master the cornet and become a professional. Duke Ellington, still living in Washington, DC, was working mostly as a sign painter and was beginning to experiment with the professional music business.

These jazz giants had barely begun to discover the powerful artistic potential each of them possessed, and none of them had yet been recorded.

In 1921, trombonist Jack Teagarden, age 16 and on fire with a passion to play jazz, left his native Vernon, Texas and headed for San Antonio. He joined the musician’s union, began his brilliant career, and found work and kindred spirits in a San Antonio jazz band. Members of the group included clarinetist Sidney Arodin and pianist Terry Shand. This amazing pioneering group began playing at a local southside bistro, The Horn Palace.

San Antonio in 1921 was a fascinating city where many cultures co-existed. It still retained the flavor of a Spanish colonial outpost and was full of adobe. Not many years had passed since herds of cattle had been driven through its streets by cowboys.

But the city had a modern side, too. It was a commercial and banking center that was by far the largest in Texas. In fact, it was the oasis between New Orleans and California.

San Antonio was growing some tall buildings and boasted many miles of paved streets. Automobiles were now all the rage and young Jack Teagarden was soon to purchase a used Stanley Steamer. For the rest of his life, Jack was fascinated by steam-driven cars.

The sweet life in San Antonio and the idyllic job at the Horn Palace went along beautifully until one night. While the band was in the middle of a hot set, a gangland-style shooting occurred directly in front of the bandstand. The musicians dove out of a close-by window and under the piano as the bullets flew. But Jack, shocked and momentarily frozen in place, stood on the front of the bandstand, taking in the entire scene. He subsequently became the prosecution’s star witness.

The case was prepared for trial. Jack was subpoenaed to appear, and then he received an extremely poignant tip: “Don’t talk or we’ll be forced to silence you, rub you out, you’ll sleep with the fishes, etc.”

What was he to do? If he didn’t show up in court, he would be held in contempt of court. If he did show up he really would be dodging bullets.

Just before the trial, the great flood of 1921 occurred. It was an unprecedented disaster. Parts of downtown San Antonio were under 15 feet of water.

For reasons never completely clear but caused by the flood, the Horn Palace shooting case was dismissed. Jack sighed with relief and very quickly and nervously loaded up his Stanley Steamer and chugged away for Houston and Galveston, where he began a long association with the legendary pianist Peck Kelly.

Jack Teagarden was to become the greatest of all Texas jazzmen. He revolutionized the role of trombone and is still thought of as its greatest exponent. In addition to his virtuosity, he brought a depth of feeling or “soul” which has seldom been equaled.

The San Antonio he left behind was forever changed by the great flood, which was reported by the press as follows:

A cloudburst in the valley of the Olmos Creek and other territory north of the city is held responsible for the flood which literally engulfed San Antonio early Saturday morning. Although the rainfall Friday night and up to early Saturday afternoon was the heaviest in six years for the same length of time, fear of a flood was not general. Even as late as 9:30 o’clock Saturday night, indications were that the river would be able to carry its burden of water.

Then the deluge from the north…the Alazan and San Pedro creeks, as well as the San Antonio River became raging torrents…The water rose almost to the mezzanine floor of the Gunter Hotel…a wall of water, variously described as 10-30 feet high, struck with a rush…Large houses were swept about on the flood’s crest as though they were paper boxes.

Fifty people perished as the “wall of water” descended upon downtown in the fall of 1921. Property damage was extensive.

Expedient remedies were called for by many of the frightened residents and businessmen, who wanted to ensure that such a disaster would never recur. Studies recommended taking drastic measures, including filling in the river’s picturesque horseshoe bend with dirt for use as a thoroughfare.

Fortunately, there was a group who could not bear the thought of losing the old river, and the San Antonio Conservation Society was born. Battle lines were drawn. Eventually, the conservationists prevailed, the riverbend was saved, and flood-control features were added.

Now entered Robert Hugman, a San Antonio architect, who had fished along the banks of the river as a young boy. He approached the leaders of the battle to save the bend with his ideas for the river. Hugman envisioned the river’s banks as a world apart from the city’s streets–a balance between a commercial and a park-like atmosphere. He entitled his plan, which was presented to the city leaders in 1929, “The Shops of Aragon and Romula.”

Gondolas were a part of Hugman’s presentation…and he told an amusing story about them:

I called on a public official in 1929 who was a very smart businessman, but had little formal education. I told him of my dreams for developing the river, and I mentioned gondolas quietly gliding on the water as a part of an imaginary setting. He thought the entire idea was fine, but then he said, “Oh, we won’t need to buy many gondolas, we can get a pair and raise our own.”

Works Progress Administration funds were employed in 1938, and the river’s banks gained the gracefully arched footbridges and staircases created by Hugman. Hugman was a man whose attention to detail helped to make the Riverwalk unique. Some thirty-one stairways to the Riverwalk were designed by Hugman, and no two are alike.

The pebbled walkways with inlaid designs must have tested the patience of those who built them, and one is reminded that they were designed by Hugman. During their construction, he often had some of his female acquaintances test these walkways with different styled high-heeled shoes.

An outdoor theater was planned by Hugman for live radio broadcasts of musical and dancing programs. The stage was built on one side of the river and the grass-covered seating on the other.

Even after this extensive beautification of the river’s banks, most businesses still treated the river as their back door. The area was perceived as being so unsavory that it was off-limits to armed forces personnel.

But in 1963, all this began to change. A unique new venture, The Landing, began in an old basement on the north bank of the riverbend. It was a tremendous success and drew big crowds. On Saturday evenings, patrons stood in line to get in. Most importantly, The Landing was a tremendous lot of fun! And it had a special integrity that continued the river’s legacy. The Landing had no street entrance, and part of its mystique was the difficulty strangers often had locating it.

At about the same time, the San Antonio Chamber of Commerce set up a river development department and things began to roll. New clubs and shops followed The Landing. Then in 1968, San Antonio hosted a world’s fair and two major hotels were built on the river’s edge.

Today, 74 years after the great flood, the Riverwalk is a city park and botanical garden. Brightly colored river taxis now travel under the shade of its trees, and those along the banks enjoy its peaceful places, its shops, restaurants, and night clubs.

The Landing, now at its third river location is, with the exception of restaurant Casa Rio, the river’s oldest business. During its 36 years, an incredible number of jazz greats have played there.

Unfortunately, Jack Teagarden was not among them, for he died shortly after The Landing opened. Jack did employ Jim Cullum Sr. in his big band during the 1940’s. They became great friends. The present Landing displays, along with some great Teagarden photos, a telegram of congratulations which Jack sent on opening day in 1963.

Terry Shand (the pianist from the 1921 Horn Palace band) did visit and sit in at The Landing several times. On a couple of occasions he got up and made a speech about how the city had hosted one of America’s earliest jazz bands in 1921 and how it was strangely wonderful that the the flood which caused such damage had resulted in the present-day river, which again hosted a jazz club, The Landing, and its band in residence.