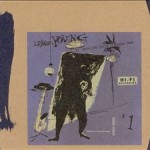 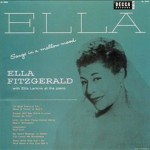 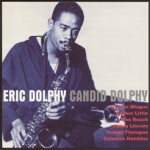 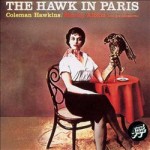 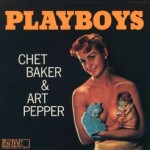 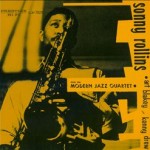 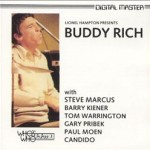 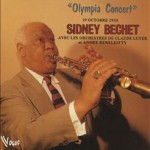 Well it all comes down to this. The musicians are in place. All that they wait for now is some direction.

If you haven’t read any of the previous “Dream Big Band” blogs, let me fill you in. Over the last couple of weeks I’ve pieced together my own personal dream big band, section by section. Five trumpets, four trombones, five saxes, guitar, bass, piano, drums, male vocalist, and female vocalist. The only criteria for musicians to make this band is that I personally would want to see these people up on stage, all together, at one time. Alive or dead, it doesn’t matter.

LET ME REPEAT: this is not a “Top 10” or “Best Ever” list. It is simply who I would get the most joy out of seeing on stage at the same time. While I have received lots of positive comments on the band, I have also heard from others who disagree with some of my selections. I completely encourage everyone to share who they might like to see in their own dream big band…in fact I would enjoy it. The wonderful thing about jazz is that there has been so many great musicians that there is no way that one persons dream band would look the same as another persons band. If one legend of jazz is not selected, it should not be considered a slap in a face to the legacy of that musician. Just a personal preference. That is exactly what makes this project fun and interesting, as opposed to trying to make it an exact science. And I hope it has encouraged you to think about your dream big band, and who might participate in it. And again, thanks so much for your feedback.

Here is how the band was sectioned together:

And now, the bandleader.

I probably pick, and then scratched of the list a dozen or so leaders, and more or less for all the same reason. If they were the band leader, as legendary as they might be, would the band sound original, or would it sound just like the band of that leader? For example, if I picked Count Basie, would it just be the Basie Band with a bunch of charts by Nestico and Hefti? Same thing if I picked Duke Ellington or Benny Goodman. If I pick Glenn Miller, is this all-star band limited to playing charts from the late 30’s to early 40’s like Tuxedo Junction or In the Mood? Buddy Rich might be a reasonable option, but there is always the chance that he would fire the entire band on the tour bus before it showed up to the show (because, well, it has happened before).

One of the things that made the previously mentioned band leaders great is the fact that their band had its own unique, identifiable style. With the versatility of the band I constructed, I wanted someone different, someone who wasn’t necessarily defined by an era, or a band that was defined by a certain sound. I also wanted someone no one else would think to pick. And so, my band leader is:

Did anyone see that one coming? Sure, laugh, but how much fun would that be? And don’t think that Doc doesn’t have his credentials in order. Severinsen was likely the best know band leader and trumpet player in America for 25 years, heading up the band for Johnny Carson on the Tonight Show, widely considered one of the best big band jobs ever. He’s recorded nearly every type of music, making him extremely versatile.

Doc’s experience with big bands is far from limited to television. Dating back to 1945, Doc was a featured musician with bands headed up by Tommy Dorsey, Charlie Barnet, Benny Goodman, and Noro Morales, while also backing the likes of Dinah Washington and Anita O’ Day.

And finally, Doc is a whole lot of fun. A flashy, bright (be it a tad tacky) wardrobe and sense of humor would make him a great leader for this or any band. Add the fact that he is a true trumpet virtuoso, it would be fun to see him pick up the horn and play a solo too. I’ll just mention that he also recorded with Cab Calloway, Lena Horne, Gene Krupa, Chris Connor, Tito Puente, Toshiko Akiyoshi, Ruth Brown, Bob Brookmeyer, Gil Evans, Dizzy Gillespie, Jimmy Smith, Stan Getz, Milt Jackson, Mundell Lowe, Billy Taylor, and Tony Bennett.

My band leader needs to have the ability to direct a top notch band with creative arrangements, entertain the audience between songs, and wear a flashy outfit. Doc has that all covered, and then some.

So that is the band. Check out videos from Doc Severinsen below, and look see a layout of the entire band. And dont forget to let me know who you would like to see in your band!

Watch Doc Severinsen conduct and play Stardust in this video:

Watch Doc and the gang team up with Buddy Rich for We’ll Git It:

And finally, Doc leading a band, way back in 1965, playing Blues in the Night: