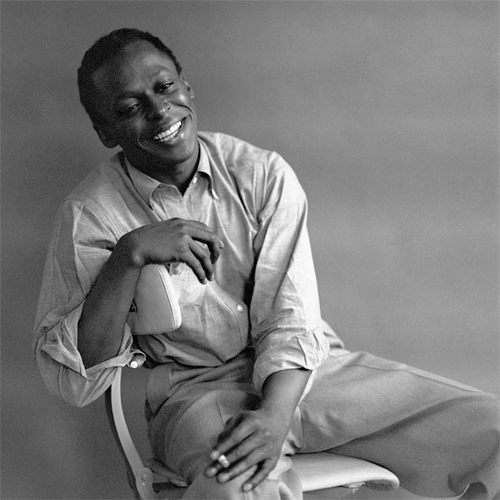 Miles Davis would have been 85 years old today, and the birth of the legendary trumpeter is being celebrated in several ways and places around the country today.

LIFE.com just posted never-before-seen photos of Miles from 1958. According to LIFE.com:

When LIFE photographer Robert W. Kelley snapped a few rolls of film at an intimate jazz gig on May 14, 1958, neither he nor the magazine’s editors could have known the importance of what he had witnessed. Perhaps that’s why Kelley provided only scant notes — just the date and the city and the subject’s name, “Miles Davis” — scrawled on the small archival file of the images; perhaps that’s why the bulk of them, which capture trumpeter Davis, then just 31 years old, leading his band in an unnamed New York venue, never made it to print.

To see these great photos, head to LIFE.com.

East St. Louis, where Miles was raised from the age of one, is celebrating today. A free family event will include a “likeness”-adorned cake; jazz by Reginald Thomas and the 85th Birthday Jazz Ensemble; “Milestone: The Birth of an Ancestor,” a poetic elegy/multimodal exhibit by ESL poet laureate Eugene B. Redmond (and Soular Systems Ensemble); and reminiscences by Miles’ high school classmates and childhood friends, all at the East St. Louis Municipal Building.

And as you might expect, several tributes are happening at New York jazz venues between today and the end of the weekend. Smoke Jazz and Supper Club Lounge will be having a Miles Davis Birthday Celebration “feted by an all-star cast that includes two former sidemen and one of his most important proteges. This momentous lineup pairs trumpeter Eddie Henderson (whose music career Miles encouraged as early as his teens) with tenor saxophonist George Coleman (whose work with Miles resulted in the historic recordings “Seven Steps to Heaven”, “My Funny Valentine”, and “Four and More”) and pianist Harold Mabern (who in addition to working with nearly everyone else worked briefly with Miles in the early 1960’s.)”

If you can’t find a local Miles celebration happening, go out and buy yourself a new Miles Davis compact disc that maybe you haven’t heard before, or dig up and old recording from your collection that you haven’t listened to in a while.

Below, enjoy live performances of So What and Tutu.