Tuesday I had the opportunity to interview 16 year old vocalist Nikki Yanofsky, and hear her sing a few songs for us with her band.

Listen to the Session Here

Jazz and pop singer, Nikki Yanofsky, is a very cheerful 16 year-old. And why not? As you will hear in this interview, she says that as soon as she learned to talk, she began to say she wanted to be a singer. It was something she began to pursue right away. 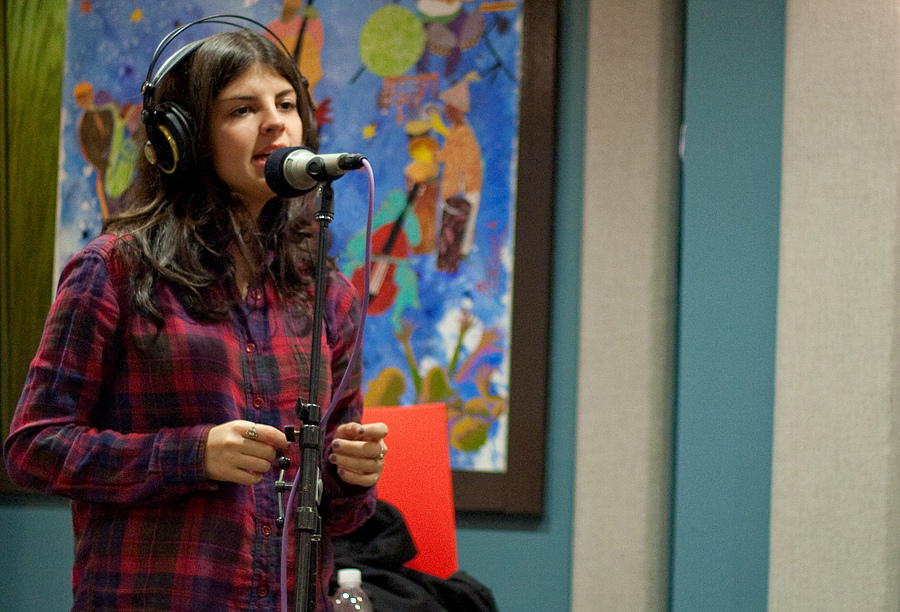 At age 12, she was the opening act at the prestigious annual jazz festival in her hometown of Montreal. Earlier this year, millions of television viewers got to see her sing at the 2010 Winter Olympics and she’s now touring the world as one of the most prodigiously talented singers of her generation.

So, yes, Nikki Yanofsky has every reason to be cheerful and it certainly shows in this performance/interview.

An Interview With Doc Severinsen

In Studio With Kyle Eastwood

2 Replies to “An Interview In Studio with Vocalist Nikki Yanofsky”